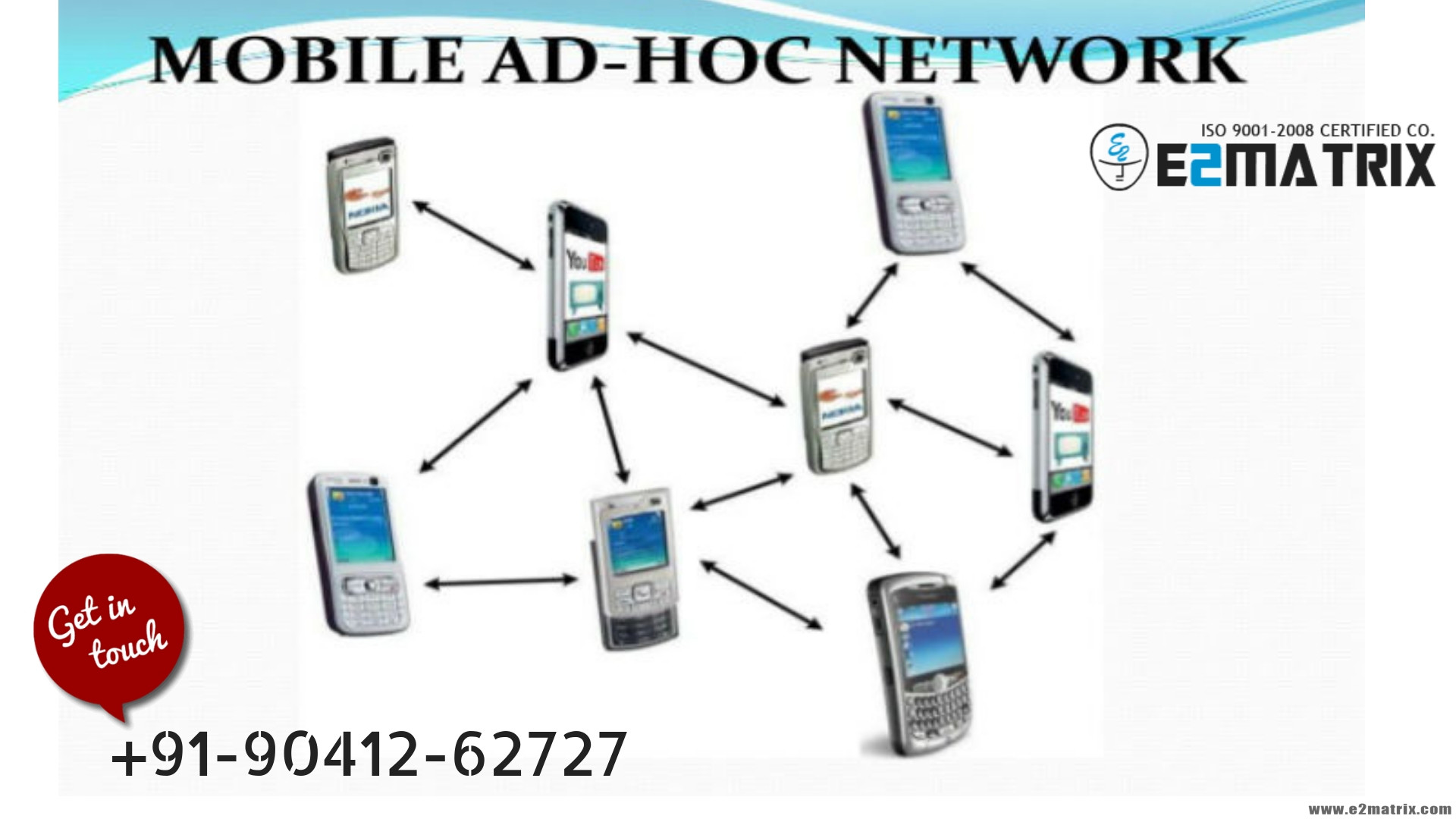 Mobile Ad-hoc wireless networks (MANET) thesis topics are a comparatively new paradigm in multi-hop wireless networking that is increasingly becoming popular and will become an essential part of the computing environment, consisting of infra-structured and infrastructure-less mobile networks. Mobile ad hoc network (MANET) Research Guidance is an infrastructure-less multi-hop network where each node communicates with other nodes directly or indirectly through intermediate nodes. The credit for growth of Mobile ad hoc networks (MANET) thesis topics goes to its self-organizing and self-configuring properties. All nodes in a MANET basically function as mobile routers participating in some routing protocol required for deciding and maintaining the routes. Since MANETs are infrastructure-less, self-organizing, rapidly deplorable wireless networks, they are highly suitable for applications involving special outdoor events, communications in regions with no wireless infrastructure, emergencies and natural disasters, and military operations, mine site operations, urgent business meetings and robot data acquisition.

Mobile Ad hoc networks (MANET) Thesis Topics have many features, which make them quite distinct from wired networks and thus require innovative ways to implement the network functionalities.

Network layer multicast is the most efficient way to support multicast. Application layer multicast possesses several features, such as (1) it is simple to deploy, (2) intermediate nodes do not have to maintain group state, (3) creation of a virtual topology and (4) overlay multi casting.

There are number of Benefits of Mobile ad hoc networks (MANET) in Thesis List, which is list below and provides us best results related to our research work. These advantage is very useful and helping for MANET Research Guidance.

There are many Disadvantages of MANET (Mobile Ad hoc Network). These are as follows:

A source node determines a route to a destination by the route discovery mechanism. A source node finds if there are any topology changes within the network by means of the route maintenance mechanism. In the route discovery mechanism a source node uses flooding mechanism to find all the available paths to a destination. After all paths are discovered a source node selects a path, which is shortest. The shortest path algorithm is not a good choice for MANETs. While the shortest path algorithm is used, nodes which are located at the center of a network carry more traffic as compared to nodes which are situated at the perimeter of the same network. Especially when multiple connections are used in the network, the wireless links located at the center of the network carry more traffic and therefore it gets congestion. This kind of congestion problem affects the performance of the network. Because of the nodes movement, the shortest path may break. However communication through a wireless medium is inherently not reliable and is also causes link errors. To overcome the restrictions of the shortest path routing protocols, researchers suggested multi path routing.